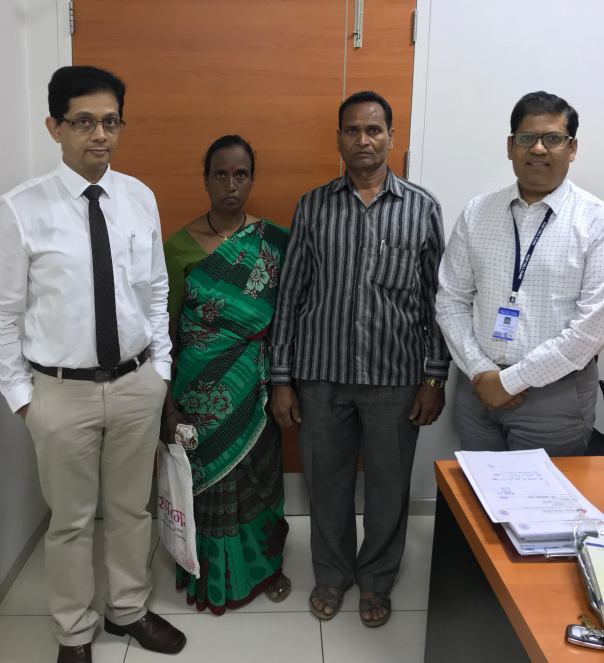 The Illiterate Man with Brain Tumors, Fits and Common Sense.
“I have brain tumors. Is it possible to treat? Will I survive?” asked the worried man as his wife tried to hide her fear of the answer.
10 years ago, as I sat in a peripheral small hospital outside Pune, a simple couple had walked in, carrying their poverty in obvious signs upon them. Mr. Sakharam Pawar worked as a mason, mainly repairing foundation and floors. He had recently had a convulsion, and his Brain MRI had shown multiple tumors with swelling around them.
One of his relatives staying with him had had tuberculosis in the past. His clinical examination revealed signs of increased pressure within the skull. After a few simple tests, I told him that the tumors looked like tuberculosis growth (called tuberculoma or Tb Granuloma), and there was a good chance that they would respond to medicines, if he took the medicines regularly without missing for a single day. He agreed. An anti-convulsant was also started.
The course was prolonged, over a year, and the drugs were known to be notorious. Mr. Sakharam did not ask me a single question. When I updated him about the serious side effects like liver failure or vision or hearing loss that could result because of some his medicines, he replied “Doctorsaheb, I am sure you know what is best for me. If a side effect develops, it is my fate. I know you will help me there too. I leave all the choices to you”. I was amazed at this compliance and trust. He was barely literate (can only sign his name), but his choices spoke of an excellent common sense. In an age where even the well-educated resort to all kinds of Babas, Gurus, Herbals, Net claims, ,self-treatment and even black magic, this illiterate couple was making scientific choices!
He did not even seek a second opinion! A doctor’s responsibility multiplies when his / her patient completely trusts them, no doctor abandons the best interest of such a patient.
A year later, his Brain MRI showed that all the tumors had vanished, only a small scar remained. His medicines were stopped, except for the anticonvulsant which he will have to take lifelong. He takes this single tablet regularly, and we try and make it available for him at lowest cost by requesting the pharmacy. He hasn’t had any convulsion since many years now. He visits me once a year, and brings me words that make my day. This poor, illiterate man has defeated a high-fatality disease by making the right moves in time!
Today I asked Mr. Sakharam if I could tell his story to the world. He agreed. Then he mused and replied “I want to tell everyone that when I was first diagnosed with this dangerous illness I thought it was the end of the world. Then I discussed with my wife and we decided to fight this with proper treatment rather than superstitious decision making. The most difficult part was that I had to keep working in spite of severe headaches and the nausea caused by medicines, as we have no other source of income. But I am happy that I have defeated such a dangerous form of tuberculosis. I would like to appeal to people to go to the doctor in time, take scientific medicines and do not fall in the hands of quacks”.
Indeed, we see many cases of tuberculosis, tumors and so many other diseases of the brain that reach us too late to be saved or treated. Many (even highly educated) patients resort to unscientific options and waste precious time. Many a paranoid literates would have questioned every single thing right from the necessity of an MRI to the medicines used, and threatened their doctors with legal action for adverse effects of medicines. What this uneducated, illiterate couple demonstrated really questions whether education brings common sense to all.
Our medical director Dr. Sanjay Pathare assured Mr. Sakharam of all the help for the future.
The happy couple left with blessings upon their lips. A doctor’s day was thus blessed!
© Dr. Rajas Deshpande
PS:
Due permissions obtained from the patient for publishing this educational post. There are thousands of great doctors all over India, even in the biggest private hospitals,, who diagnose and treat poor patients without charging fees. The purpose of the post is to spread awareness that all brain tumors do not need surgery, that most tuberculosis cases can be cured completely, and also that with proper compliance, convulsions can also be controlled completely.